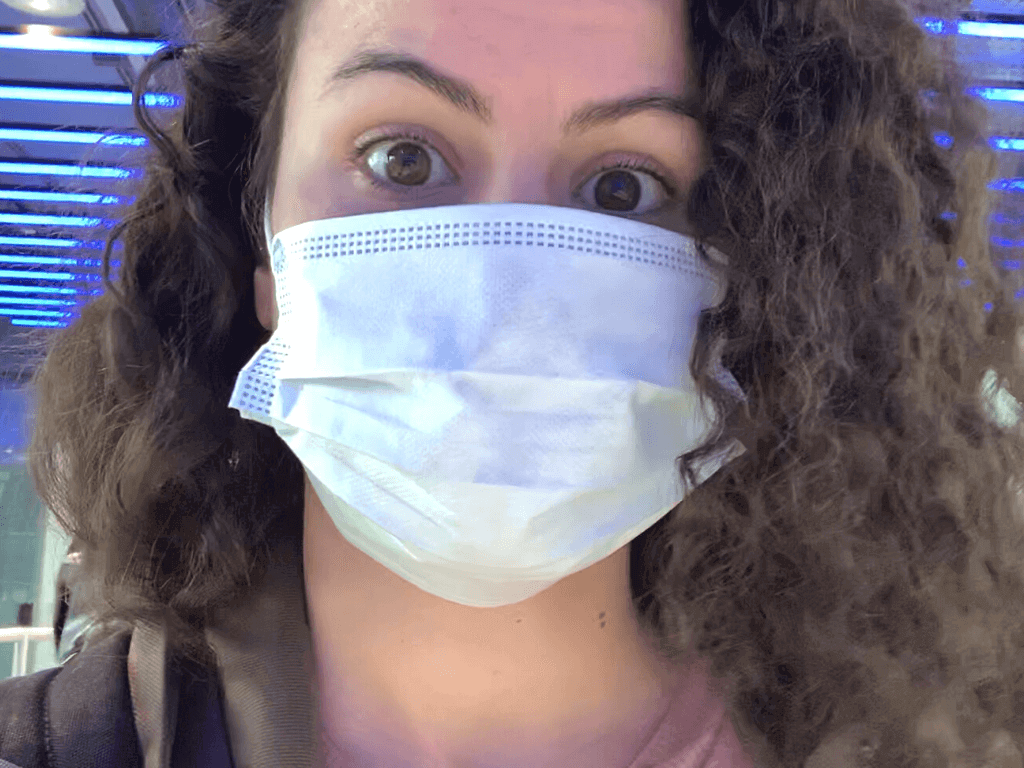 It was a weird, interesting, and exhausting day flying home during COVID-19 from London to Alaska.

On May 22, 2020, I flew from London, England to Anchorage, Alaska. It would take three flights, four airports, and 25 hours of travel to get from the U.K. to Alaska.

Before I left on this trip, I read all of the changes that airlines and airports were implementing, but I still had no idea what to expect.

Here’s what happened while flying home during COVID-19.

I packed my bags the night before so everything was ready to go by the time I woke up. It was an early morning and I didn’t get much sleep. I took a quick shower, brushed my teeth, packed some snacks for the road and headed out the door.

The drive from Cardiff to London-Heathrow took 2.5 hours. The U.K. was still in lockdown and non-essential travel wasn’t allowed at this time. There was a normal amount of traffic on the highway from Wales to England, but once we took the exit towards the airport it quickly became a ghost town.

Once we took the exit towards LHR Terminal 5 (almost exclusively used by British Airways) there were no other cars driving on the road. By the time we arrived in the drop-off zone there were only two parked cars. I put my mask on, grabbed my bags, and said my goodbyes. At the entrance doors, there was a sign next to the entrance doors that stated only passengers were allowed inside.

As I walked into the airport, I noticed a queue for the British Airways ticket desks, and without thinking about it too much I decided to get in line. As you got in line, masks were handed out with metal tongs to the people that didn’t have one. The floor was marked to keep everyone 6 feet (2m) apart. It took me 20 minutes to realize that I probably didn’t need to wait in line because I didn’t have a bag to check and I already downloaded my boarding pass on the British Airways app.

So, I left the line and proceeded towards the automatic boarding pass check. When I scanned my boarding pass, I was alerted to see a British Airways customer service agent. Naturally, I moved to a different scanner to see if it was a mistake… it wasn’t.

I walked back towards the queue with instant regret. I stared at the queue and thought about how I could stand back in the same spot, but with the social distancing requirements it seemed impossible. I noticed a British Airways rep walking and asked if she could help me. She called me over to the desk and I found out that all I needed was a passport check. I was so grateful that I didn’t have to get back in line.

I scanned my boarding pass and made it through security in less than 10 minutes. LHR was empty. Remember, this airport sees over 50 million passengers annually! There were only 12 flights on the information board.

Most of the shops and restaurants, including Starbucks, were closed. Only one shop was open and passengers were reminded to purchase snacks and beverages since there would be no service on any flights.

Passengers at the boarding gate were spaced out, wiping down surfaces, and mostly everyone wore a mask.

Read More: How to Travel Abroad For Less Than $20

My 11-hour flight from London was headed to Los Angeles. I flew with British Airways and the plane was about 30 percent full. The boarding process was normal but you were required to maintain social distancing. As I boarded the plane, I learned that if airports and airlines provide masks then you are required to wear them. Although, it didn’t seem enforced since I saw a few people without one.

There was a lot of space between people on the flight. I even had a whole row to myself. All flight attendants wore masks expect one and I’m not sure why this was. There were blankets and pillows placed on every seat, but I didn’t think this was a good decision.

I was surprised to find out that we would get service on the plane. And the service was extraordinary! I can’t remember if I’ve flown with British Airways before so I don’t know what the norm is. But I’m telling you they seriously came around every 30 minutes with snacks or refreshments. A Sandwich. Biscuits. Twix. More biscuits. And more Twix.

We were provided a health declaration onboard and were informed to fill out the form for arrival into LAX. The forms asked questions regarding recent travels and current health status. We were told to deboard the plane in groups of five. After a few groups deboarded, the flight crew told everyone that they could get off but remain 6-feet apart.

We stood in line while we waited to provide our declaration forms to health officials wearing masks and face shields. We had to verbally answer the same questions on the form and another person used a thermometer to check our temperature. We also received a card that provided information about quarantine recommendations in Los Angeles, and we were told we would need to show this to customs.

LAX was empty on arrival. I was surprised to find that Global Entry was open (if you don’t have this you should, it includes TSA PreCheck™). I scanned my fingerprints right on top of other fingerprints. Super sanitary, right? But, I made my exit in less than 10 minutes! I followed a group of people that wore full protective suits, which felt like it was straight out of the show, Stranger Things.

I had to exit the airport and walk 10 minutes to Terminal 6 for my next flight. It was so hard to breathe while wearing the face mask and I took it off a few times as I walked outside.

As I entered Terminal 6, I was surprised to see TSA PreCheck™ was open. I made it through security super fast. As I started walking around, I noticed there were a lot of people. LAX was the busiest airport out of all of them and most shops and restaurants were open for business.

I flew from Los Angeles to Seattle with Alaska Airlines. My flight was only 2 hours and 41 minutes. I definitely started to feel super tired at this point.

Alaska Airlines had a normal boarding process, but social distancing requirements were enforced. That was until we got on the plane.. There were two seats together on each side of the plane. By the time the plane was ready to leave, every window seat was full. I couldn’t believe it.

As the announcements came on overhead, I learned that we were required to wear a mask unless we were eating or drinking. They also proceeded to say that if you wanted to eat and drink during the entirety of the flight that was up to you. It seemed that wearing a mask at that point was optional. Alaska Airlines also mentioned what they were doing to keep people safe.

I didn’t expect any service on the flight but a flight attendant came around to hand out peanuts, literally one salty snack mix. I slept for most of the flight.

Getting off the plane in Seattle was normal. All passengers unbuckled their seatbelts and grabbed their overhead bags as usual, and without a care for how close they were to somebody else. Walking into Sea-Tac was weird, and this airport was just as empty as the others. I was hoping that I would arrive at the same gate as my next departing flight, but that was not my luck.

Transiting to another gate was another experience. There was construction in the area and the escalator was out of order, so I decided to wait for the elevator. I’m not sure why I thought this was a good idea. I was initially taking the elevator with one other person and somehow managed to get stuck in an elevator with five other people and one that squeezed herself in at the last minute was a flight attendant. I was shocked.

When I took the airport train to go to a different gate I noticed a sign that stated only 10 people per car but people ignored this. I saw an airport employee whose job may have been to enforce this but he was sitting on a chair without a care in the world.

I flew with Alaska Airlines again. My last flight from Seattle to Anchorage was 3 hours and 20 minutes.

We boarded the plane differently this time. After first class and premium boarded, the plane was boarded from the back to the front and a group of rows was called to board the plane at a time. (Honestly, I think it should be done this way anyway).

This time there were three seats together on each side of the plane. All aisle and window seats were full by the plane door was closed in preparation for takeoff. There was absolutely no social distancing taking place and my aisle mate, Bobby, even striked up a conversation with me. It was actually nice to talk to someone instead of fearing for their germs.

Service on the plane included another pack of peanuts and a drink. My eyes felt really heavy now and I fell in and out of sleep during this flight.

I was exhausted by the time I arrived in Anchorage, Alaska. There were no changes to how we got off of the plane. When I walked into the terminal, I was surprised to see how busy it was. There were shops and restaurants open, including McDonald’s.

Before I arrived in Anchorage, I read about the mandate that passengers arriving into Anchorage were required to sign. But, I was not required to sign any forms to leave the airport. Nothing was enforced. There was only one small sign that said to go online to fill out the mandatory 14-day quarantine form. Can you guess how many people actually went online to sign this form? I sure didn’t.

25 hours of travel later, I made it to Alaska! My sister picked me up from the airport and taking off my mask was the first thing I did after flying home during COVID-19.

Guys, it was a weird, weird, weird time. Traveling while wearing a mask for that long is a burden. It was hot and stuffy. I really did appreciate breathing in LA air for a hot minute, which says a lot.

If you are considering traveling soon I wouldn’t oppose it. But the energy is very different and you will feel it. I’m really good at not touching things but it was harder to do on the plane. Things like moving your armrest or shutting your window shade are hard tasks to avoid. I did avoid using any airplane lav but that’s a usual goal of mine!

I decided to self-enforce a 14-day quarantine in Anchorage because I didn’t want to feel guilty if I accidentally spread something I didn’t know I had. I spent the next two weeks binge-watching Netflix and eating American snacks. Yum!

My first post-quarantine gathering was at F Street in Anchorage. This was when I found out I was wearing my mask the wrong way during my travels! No wonder I couldn’t breathe for 25 hours. Ha.

Alaska has recently revised its 14-day quarantine requirement. If you plan on traveling to Alaska soon, you should read up on what to expect.

How to Travel Abroad For Less Than $20

Finding Myself at the End of the World

Do you have any questions on flying home during COVID-19? Let me know in the comments. 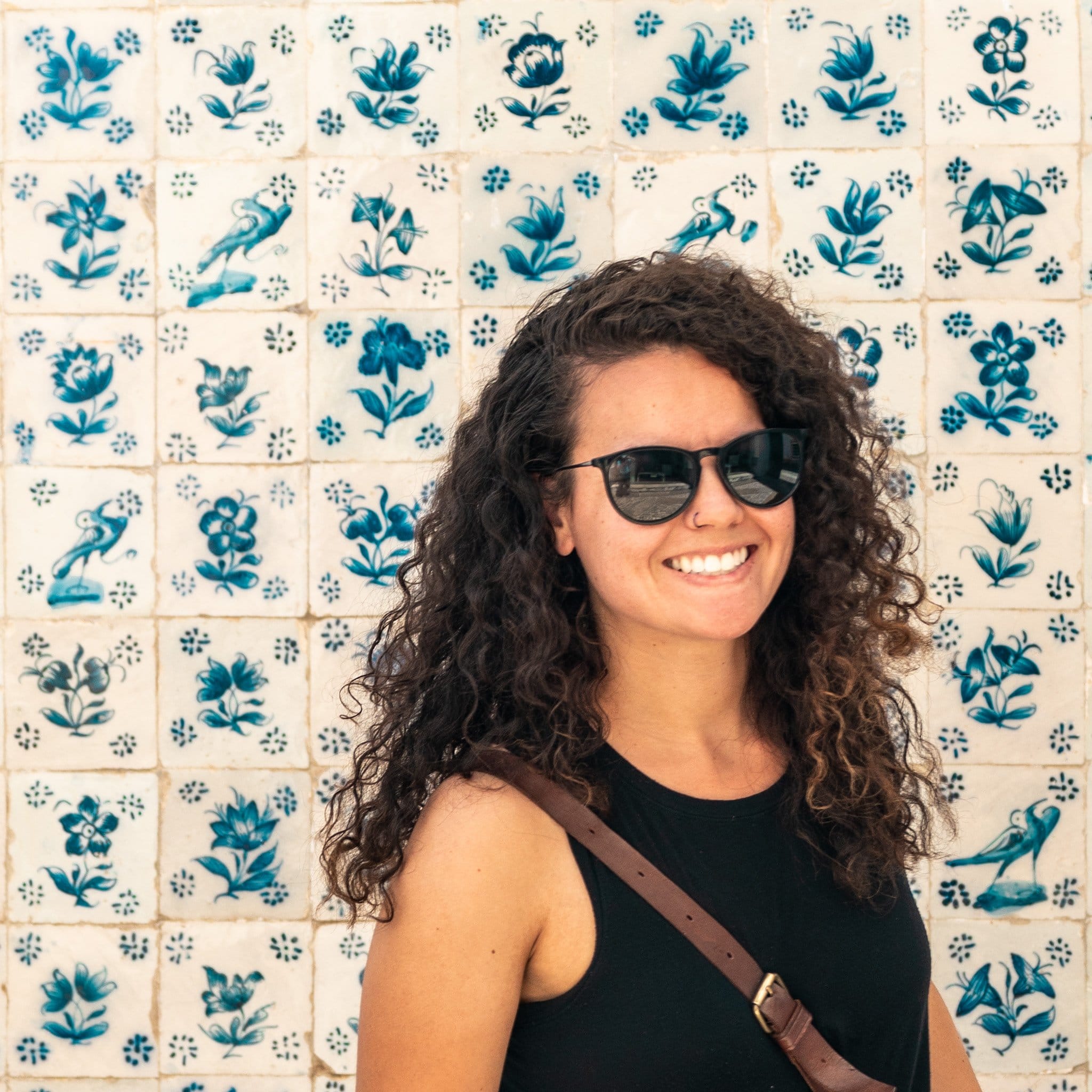 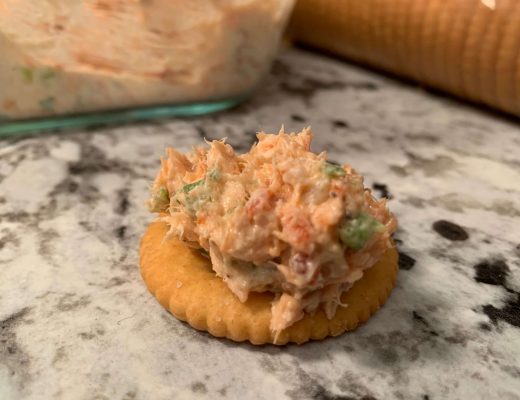 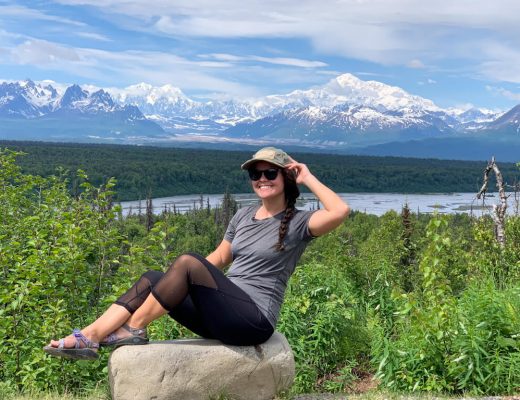 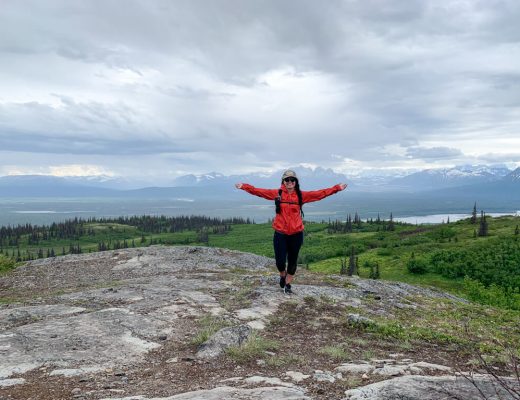